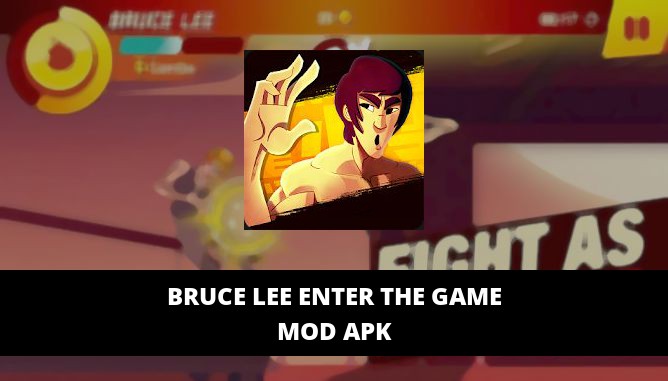 About Bruce Lee Enter The Game

A little history for those who don`t know Bruce Lee. He is a martial arts expert from China, and was famous for several feature films in the 1960s to 1970s. He has also released several books on the Jeet Kun Do martial arts that he developed. Even had worked with Jackie Chan, of course at that time Jackie Chan worked under him as a stuntman. But unfortunately Bruce Lee breathed his last when he was 32 years old due to an allergic reaction.

November 27 was the birthday of Bruce Lee and as a form of celebration, the game Bruce Lee: Enter The Game was released by Hibernum Creations. This game is a sidescroller arcade with a fighting theme or also called Beat `em up. Beat em up games are now rarely found, glory days are when fighting games are very popular.

Gameplay of this game is quite simple but has a fairly expansive depth. Full control using tap and swipe that is easy to learn, we can do attacks on, middle and bottom. Move left and right by holding the screen on the right or left. The enemy also has a variety of variations so we need a kind of strategy to deal with it, but even without a detailed strategy this game can still be defeated. Apart from that there is also a special attack feature that can deal greater damage and bounce enemies even further.

Bruce Lee Enter The Game mod APK will give you Unlimited Coins, Unlimited Jade and Unlimited Lives. You can then use this to buy opportunities to continue playing when you lose. If you have this happening then you don`t need to repeat every time you lose. Additionally you can use Jade to buy nunchakus which adds to Bruce`s strength.

This game, like other arcade games, uses a chapter system where there are several stages that must be completed to complete the chapter (or in this game called a scene). In addition there are also quite simple leveling features by increasing Bruce Lee`s skills. There are 3 skills that can be raised: Vitality, Power, and Fury. Vitality makes Bruce Lee stronger against attacks. Power makes our attacks even stronger, and Fury is a power-up that can be used in games. Apart from that, there are also items that can be unlocked, namely costumes and weapons.

What I like about this game is the combo system that feels very natural. The enemy is not too easy so that makes everything feel more challenging. There is also a Boost feature as a help for players that they can `buy` before playing.

The visual style used by this game resembles a cartoon or more similar to a flash game. There is no problem with the visual style, the animation used is also pretty good. And the audio design used in this game is nothing special.

Overall, this game is a fun game to play depending on if you like fighting games. And this game also feels like a casual game that can be played anytime and anywhere. The motto of the casual game, “Easy to learn, hard to master,” really matches this game. I`m sure this game can be enjoyed by Bruce Lee lovers and enlarge people`s awareness of the tragic story behind the star.

You can use unlimited money from Bruce Lee Enter The Game cheats to upgrade skills. Upgrading skills that you can do right now are upgrade vitality, upgrade power, and upgrade fury. Each of these skills will provide additional attack strength and Bruce`s defensive strength that will be used in the match.