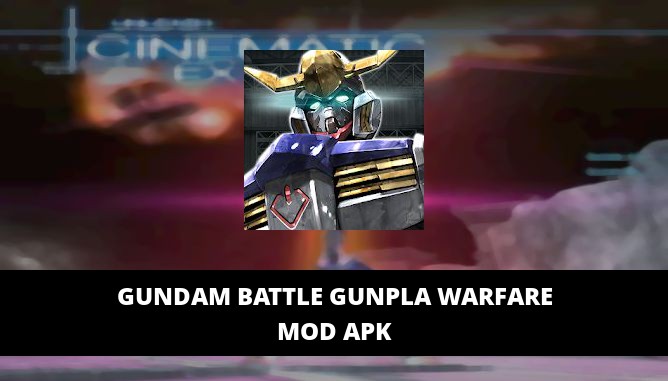 Before starting further discussion, there is one thing you need to note. Gundam Battle: Gunpla Warfare does not adopt the Gundam anime story. So, don`t expect too much if this game will bring the fantastic story of Amuro Ray as an RX-78-2 pilot or other iconic Gundam pilot. As per the title, this game focuses on Gunpla (Gundam plastic toys / models).

In gameplay, Gundam Battle: Gunpla Warfare adopted the Gundam Breaker series on the console platform. Just like other action-RPG (ARPG), this game combines elements of role-playing and fighting action with hack and slash mechanism.

You will get the role-playing element through the creation and upgrading of Gunpla. The characters and parts that you use to assemble will also level up as the game progresses. Gunpla that you have assembled will you use to fight with enemies. Later, you fight to follow the story and mission given.

In terms of story, this game does not offer anything special. You will be confronted with the presentation of a story in the style of a visual novel and various choices of answers. Unfortunately, the alternative choice of answers does not affect the linear storyline.

Overall, Gundam Battle: Gunpla Warfare tells the story of the character`s journey that you play to prevent the disbandment of the Gunpla high school extracurricular club. As new members, you are also charged with the mission to become the best Gunpla fighter so that the club does not disperse. Although not special, the story is original and quite interesting to follow along the way you play it.

Use this GUNDAM BATTLE GUNPLA WARFARE mod apk and get unlimited haro chips. It will be useful to get some skins, items, courses and even capsules. Get rarest gundam into your collections.

As mentioned above, Gundam Battle: Gunpla Warfare adopts a hack and slash fighting mechanism. However, the fighting format must be recognized as one of the weak points in this game. There are two factors that make this game fighting system feel less enjoyable. First, the hack and slash mechanism isn`t like other similar games.

Compared to using the buttons / icons on the screen, Bandai Namco instead chose to use the swipe mechanism as the main way to move and attack. The gunpla that you control will approach the enemy with two swipes, and two more swipes to launch attacks. In addition, you can also use skills by pressing the button / icon at the bottom of the screen.

Meanwhile, you can also withstand enemy attacks by pressing the button at the bottom on the left side of the screen. Like other hack and slash games, Gundam Battle: Gunpla Warfare also provides an Auto-Attack option if you are reluctant to do it yourself.

Admittedly, the Auto-Attack option makes this game “safe” from the sarcasm. Because the swipe mechanism can be said to be too simple so it makes the action of Gunpla fighting which should feel “wow” just normal.

The fun of fighting actually decreases because of the second factor, namely the game that is played vertically. Actually Bandai Namco`s decision to use this format can be understood in order to simplify the controls so that the game can be played with one hand.

However, the convenience of control is an aspect that must be sacrificed from the use of the vertical view. Using one hand turned out not to be as comfortable and fun as imagined. When playing, the fingers seem to be very large because of the narrow space to swipe.

In addition, the existence of the Gacha system makes the pay-to-win aspect feel thick. However, it`s quite strange to call this game pay-to-win when competitive mode is still absent. For that, it feels wasteful if you totally spend money to get good parts from Gacha, unless it`s your main goal to play this game to collect Gunpla (digital).

Get unlimited money with GUNDAM BATTLE GUNPLA WARFARE cheats. Use it to improve your Gundam stats and Blueprint as well.