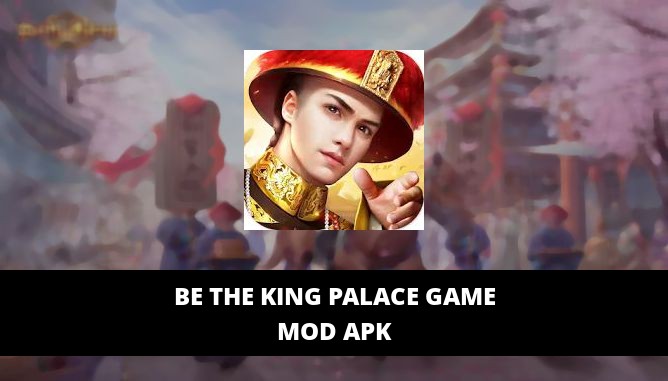 About Be The King Palace Game

Be The King: Palace Game is basically an RPG game, in which the player acts as one of Imperial China`s officials in an effort to gain high power. Your life begins with the help of believers and subordinates who are ready to help in various aspects. The stronger your subordinates, you will become even more powerful in the royal palace, and will even be able to fight. Can you guys slowly crawl up in the China Palace?

Unlike RPGs in general, in Be The King: Palace Game, player interactions in the game are all controlled by menus. The player`s task is to advance his character in a continuous story, which in essence is an idle fighting game where the player`s job is to defeat a series of enemies with the troops they have. So the players set up subordinates, solve problems, and fight, all by simply touching the menus provided.

As an official, you are tasked with taking care of matters that occur in your jurisdiction. For example there is a group of captives sent by the Emperor to you, what are you going to do to them? Are you going to put the prisoners in your private army and add to the number of troops you have? Or order them to fix the city walls and get Merit? The decision is yours, and every half hour, you will get a new case to be resolved.

Be The King Palace Game mod apk boost unlimited gold to you. You can use the premium currency for many activities, including increasing your intimacy with your girl.

Get Be The King Palace Game MOD APK

Latest changelog:
☑ Removal feature which did not work anymore

At any time, players can visit the Asset menu to claim the resources that have been generated by their territory. These resources consist of money, food, and troops. All three are important for the continuity of the game.

By visiting the “Map” menu, players can follow a number of things available in it, including visiting the Palace, sending subordinates to the institute to study, fighting in dungeons, and following campaigns. Well, in this campaign, players will fight against a number of enemies to get past a stage and move on to the next stage, while following the story of this game that is displayed in the style of a visual novel.

Be The King: Palace Game also offers the ability for the official to get offspring, and witness the growth of the children. In addition, players can also marry off children with children from other players, trade around the world, chat with other players, and of course become a conqueror in the world of ancient China.

Be The King: Palace Game is an online game, so even if the game is free, players are still required to have an internet connection if they want to play the game. This is because the game really focuses on the multiplayer feature where the players can interact with each other, so online is a must. Microtransactions are available for players to buy premium Gold currencies.

Broadly speaking, Be The King: Palace Game is a long-term game that is ready to play if you are interested in following how to intrigue in the kingdom of ancient China. But there are many factors that might be too complicated for gamers in general to be able to enjoy this game in full, so maybe only fans of ancient China can enjoy playing this game. Remember, this game is fiction, so do not expect what happens in Qing Dynasty this game is in accordance with history.

Be The King Palace Game cheats provide unlimited money. Improve your own stats by using the mod helper.